This is a picture of my new keyboard. It is super-nerdy and a lot of fun. It (obviously) splits in half and everything is remappable, extendable, and generally very hackable.

This was shipped as part of a crowd-sourced project, and so I had to wait for two years after ordering for it to arrive. As a result, when the supplier told me it had shipped, I tracked it pretty closely, and the results were surprising. I drew a map of its path to Montreal:

As I’d ordered from Crowd Supply, I was prepared for the keyboard’s flight straight over Montreal to Portland, Oregon. What I was not prepared for was the detour to Salluit.

Salluit is the second-northernmost settlement in all of Quebec. It has a population of 1,483. If you don’t believe me you can check on wikipedia. This is Salluit: 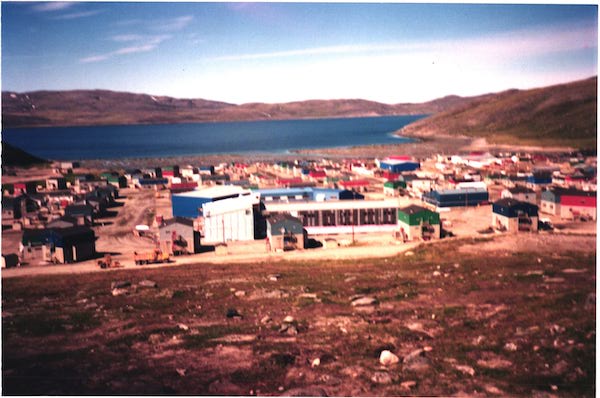 Image is public domain, but credit to Nicolas Perrault III

A friend thinks this was probably a bug in the courier’s tracking software, but I really hope it wasn’t. If you’re going to have to wait a long time for a package, it’s at least nice to see as strange and unpredictable a shipment route as possible.